Why women have more to lose 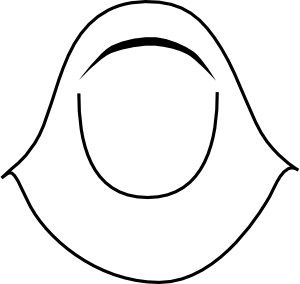 The world already knows that there are more women than men. In fact, from now until the Day of Judgement, the amount of women for every man will continue to increase. Therefore, women are in a never ending competition with one another to find a man to marry. Already, you can see that women are at a disadvantage in that aspect. However, not many women understand this fact. So let me explain…

In western society, people tend to believe that they can always find a spouse or boy/girlfriend. If they divorce their current spouses, they can just find another one. They believe in the “There are plenty of fish in the sea” mentality. That mentality, however, is only half true. For men, that is 100% true because like I said earlier, there are more women than men. However, for women, it’s just not true for them. For a women to break up with their boyfriends or divorce their husbands, they are at a risk of never finding a man to marry again. And this is especially true for those who divorce at an old age. This mentality is an illusion for women. But yet they still believe in it for one reason; because sometimes they are successful in finding another person in their lives. But that is of course done by going to bars, clubs, and through other haram means like dating sites, etc.

For Muslim women (and for all Muslims), it is haram to do any of these actions. So it is a lot harder for a Muslim woman to find another spouse to marry. And Muslim women in the Middle East know this very well. Because when a Muslim woman divorces in the Middle East it is almost impossible for her to marry again. Therefore, women are much happier with their husbands and the marriage will remain strong because she has something valuable. When something is in scarce supply, the price of it increases. The more scarce, the higher the price. Just like gold, oil, etc. That’s why some currencies are high in value because there’s not a lot of money to go around. This same concept applies when thinking about men. They are not many in supply (especially in the future) so a smart woman understands this and holds on to what she has. And that’s what many Muslim women do in the Middle East.

For Muslims in general, finding a spouse in western countries is hard enough. So for a Muslim woman to complain and whine about her spouse or if she is picky about her potential husband, than she is really putting herself at risk. She may never find a husband. Men have low tolerance for women with that kind of character. Why should they settle for you if they can just find another woman easily? Now if you’re married and you have a legitimate complaint about your husband, don’t start complaining to your friends, family and other people because as a wife, it is your obligation to protect your husband’s honor. By revealing your husband’s faults and weaknesses, you are not fulfilling your obligation as a wife. Therefore, you should go to a sheikh, imam, or any other leader who has authority of your people or neighborhood.

Now there are many non-Muslim women out there that love to complain about men in general. Every time a woman breaks up with a man or has been single for a long time, she puts up a status on Facebook or talks to her friend about her dislike of guys. Two reasons for this: 1) She has high expectations or high requirements that just isn’t worth a man’s time to meet. They can just go find another woman because for them, there are plenty of fish in the sea. Again, think about this economically. If there is more of something, the price goes down. The same applies when you think about women. Why settle for a women with high requirements when you can get another with less effort? 2) Due to the fact that women don’t cover themselves and aren’t shamed to show their beauty to the world, a man is exposed to all types of women. So if a man sees another, much prettier women, there’s a possibility he will leave you for that woman. Therefore, unfortunately, that means that a woman who might not look so attractive may never get the chance to find that “special someone” unless that someone is of equal beauty. But if you’re picky, and want a better looking man, than good luck.

Most Muslim women in the Middle East don’t have that problem. If you’re in a country where most women cover themselves (like Yemen, Saudi Arabia, etc) then a man hasn’t been exposed to too many women. So if he was to see a woman that is considered unattractive in western countries, he might think that she is the best looking women ever because he hasn’t seen any better. Therefore, the possibility of a not-so-attractive woman to get married is much greater there than in western countries and vice-versa. Of course this isn’t always the case but it is in general.

You see now why women have more to lose? Now do you understand why it is allowed for men to marry 4 wives? In the past during Prophet Muhammad (Peace and Blessings Be Upon Him), the main reason was because there was a lot of widows from all the wars they had to battle and if those women didn’t get married, there would be no one to protect them. And although now people still prefer to only have one wife, it won’t be weird or unreasonable to have 2-4 wives in the future as more women are seeking to get married. And this is further proof that the Quran is meant for all humanity from the time of Prophet Muhammad (Peace and Blessings Be Upon Him) until the Day of Judgement.

Now everyone knows that being a Muslim women is very tough, especially in western countries. Therefore, Muslim men aren’t off the hook. They must be respectful to their wives. Believe it or not, Muslim wives don’t have to do anything for their husbands. The only reason they do so is because by pleasuring their husbands, they are pleasuring Allah. Therefore, I ask all the brothers to please be easy on your wives or future wives as you too will be punished for any unfair treatment you cause towards your wife on the Day of Judgement. Besides, although Muslim women have more to lose in this world, they have a lot more (….. a LOT more) to gain when Allah opens up all the gates of heaven for them to enter into inshaAllah.

May Allah help all the brothers and sisters in Islam find a righteous spouse, increase our patience, and open up the hearts of non-Muslims. Ameen.

PS: I highly recommend everyone watch this video titled Advise To Muslim Women by Sheikh Khalid Yasin. It is almost 2 hours in length but much worth your time. Click here to watch it

4 responses to “Why women have more to lose”