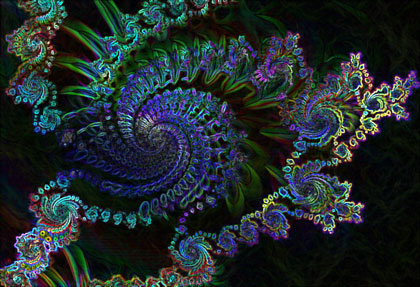 “There shall every soul become acquainted with what it sent before and they shall be brought back to Allah, their true Patron, and what they devised shall escape from them” (Qur’an 10:30)

This is speaking about the situation in the hereafter when, we are told,  every soul shall experience it’s own reality and come to intimately understand it’s true condition and where it stands in relation to the nature, purpose, and greater realities of existence.

Two videos (part1 & 2) are also provided at the end of this tafsir from Sheikh Feiz, Awlaki and others.

The qur’an speaks of two resurrections that take place after death – the first is in the barzakh and the second is at the final judgment. A person’s life is likened to a book – with each thought, word, and action, they are writing on the pages of their soul, and the state of their nafs is impacted by what they busy themselves with in this world. After death, they go through the questioning in the grave and then experience a second life in the barzakh. The questioning is nothing other than the exposure of the reality of the state of their nafs (soul). They are asked “What is your book?”, “Who is your prophet?”, “Who is your Imam?” But this is not an after death quiz or a memory test. Rather it is an examination of how near the substance of their soul is to the substance of the qur’an, to the heart of the Prophet. How closely does their reality correspond to the reality identified in the qur’an. How closely does the book of their soul correspond to the book of revelation. What was their level of their heart’s attachment to the qur’an, to the Prophets, to the Imams. To what extent does their character manifest the actuality of the Prophet and the qur’an?

In the barzakh, it is said that the contents of “who you are” are turned inside out and you experience the contents of your nafs (of your own self) as a universe that surrounds you. Just as in a dream fears and anxieties can take concrete form and shape, so in the barzakh you experience as concrete, manifest realities the deeds you did and the substance of your soul. It is sometimes referred to as the “imaginal” (mithal) world – since the realites of the soul will manifest as images and forms, creating an encompassing world of concretized images. But the reality of the barzakh, it being higher than this world in the hierarchy of creation, is that it has a more intense reality than this world and our experience in that world will be correspondingly more intense. The nafs will dwell in a universe that is nothing but a representation, a living image of it’s own internal architecture, a reflection, a mirror of its true stature.

So the barzakh can take on the aspect of a garden of paradise or that of a nightmare come to life (or a mix of the two) – depending on the contents and state and ruling characteristics of one’s nafs.

Since it is a place where one experiences nothing other than their own reality, their own true self – this is why, at the second resurrection (the judgement), the qur’an states that each soul knows its own place – there is no argument because everyone is cognizant of their own reality and of the totality of the effect of all that they have done, since they have experienced it firsthand – “every soul becomes acquainted with what it sent before it….”

The illusory nature of all that people devised and chased after in this life becomes manifest and their inventions fail them and vanish away – “and what they devised shall escape from them” (10:30). They imagined that they were Rabb (Lord) over what they invented, but here it becomes clear to all that only God is Rabb – and all other lordships are only a fading mirage.

“…they know a manifest side of the life of this world, but of the last world they are utterly heedless and ignorant.” (30:6-7)

**Note: This Tafsir has been copied directly from Islam from inside. Credit goes to them not Islamic Experiences.