Of Love and Relationships – Part 2 : The Prophet’s attitude towards those in Love

Of Love and Relationships – Part 2 : The Prophet’s attitude towards those in Love 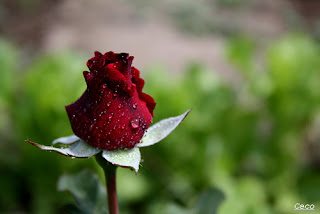 The Prophet (SAW) was an approachable man to all those who came to him with their problems and situations. The young and the old alike came to benefit from his advice and wisdom. Similarly, there also came those people whose situation revolved around issues dealing with love. The Prophet (SAW) as mentioned recognized love as a natural feeling even if it was not consummated by marriage provided that it did NOT result into something that was unlawful or crossed the confines of the Shari’ah and the displeasure of Allah.

One such story is that of the companion Khansa bint Khadam. Khansa bint Khadam went to the Prophet (SAW) and told him that that she did not want to marry a particular man that her father forced on her and she said, “My cousin is more beloved to me.”

Narrated Khansa bint Khidam Al-Ansariya: that her father gave her in marriage when she was a matron and she disliked that marriage. So she went to Allah’s Apostle and he declared that marriage invalid.

At that time, she was a young  woman but this did not stop her from expressing herself in front of the Prophet (SAW) about who she loved! And this man was  Ar Rasool (SAW), the prophet of Allah. How many young women can feel this comfortable going to a Shaykh, Imam or Maulana today and express their love issue to them? Yet, this young woman did not shy away from telling Ar Rasool (SAW). Why? Because, he (SAW) was someone who made everyone feel comfortable enough to approach him about many facets of life whether it be the rulings of Salah or an emotional issue of love.

Another story of love is that of Mugeeth and Bareerah (R.A). They are perhaps known famously for their love story. Mugeeth was a companion who loved Bareerah deeply but Bareerah did not love him back. After their divorce, she left him. Mugeeth, however, unable to control his love for her would chase after her in the streets of Madina with tears flowing down to his beard pleading Bareerah to take him back in marriage. Can you imagine living in Madina and seeing this scene unfolding before you? What must have been the reaction of the people of Madina? What must have been the reaction of the ruler of Madina, the Prophet of Allah, Ar rasool (SAW)? Mugeeth was not ridiculed by the companions nor the Sahabah rather he gained sympathy from them. The Prophet (SAW) observing this phenomenon turned to his uncle Al Abbas and remarked, “ O Abbas! Isn’t it amazing how much Mugeeth loves Bareerah and how much Bareerah hates Mugheeth?”. Ar Rasool (SAW) is making an observance of this feeling of love.

Being a soft hearted man, the Prophet (SAW) interceded for Mugeeth because of the state he was in. He went to Bareerah (r.a) and asked her if she could take Mugeeth back in marriage. Bareerah asked, “Are you commanding me or are you just interceding?” The Prophet said, “I’m interceding.” She replied, “If this is the case, then I don’t want him.”  After saying no, he did not attempt to force her because Ar Rasool (SAW) respected a woman’s feelings as he did the man’s. Everyone is entitled to love or not love who they want and the Prophet (SAW) respected that decision. The Prophet (SAW) being occupied with so many other issues regarding war, enemies, delegations, family, death still made time to solve an emotional love problem. He did not just sympathize but interceded to solve the problem in the best possible manner.

The last story is that of Zaynab (R.A), the eldest daughter of the Prophet (SAW) and her love for her husband Abu’ Al Aas ibn Rabee’. During the migration of the Prophet (SAW), Zaynab was amongst those that stayed behind with her husband and this was before the verse that Muslims woman should not live with a Non muslim man was revealed. Her husband had not accepted Islam yet. So, Zaynab stayed in Makkah, until the battle of Badr occurred. Her husband  ended up participating in the battle against the Muslims and Zaynab feared this. She kept crying out: “O Allah, I fear one day the sun may rise and my children become orphans or I lose my father”.

When the battle ended, Abu’ Al Aas  was captured by the Muslims and the news reached Zaynab. Upon hearing of his capture, she immediately out of her love decided to release him. She didn’t own anything of much value so she took out her necklace that her mother Khadija (R.A) had given her when she became a bride in order to release him. When this necklace was taken back to the Prophet (SAW). He was overcome with emotions. This was Khadija’s, his beloved’s wife’s necklace. He  asked: “Whose payment is this?” They said: “Abu Al Aas ibn Rabee”. He cried and said “This is Khadeeja’s necklace”. He then took permission from them asking Abu Al Aas to be released without accepting the necklace as a ransom. The people agreed of course because they knew who Abu Al Aas was. They knew who’s necklace it was. They knew who Khadija (r.a) was and they knew who Abu al Aas was to Zaynab (r.a).

After this incident, the verses were revealed regarding the command of separating between a Muslim from a non believer and thus Zaynab was now instructed to leave Abu Al Aas and divorce him. Although she insisted he became Muslim, he refused and they departed. At this point then, when there was a clear indication of a prohibition, such love was not to be acted upon because of the issues of Haram and legal injunctions that were now involved. The Prophet (SAW) at this point was strict because now it involved the displeasure of Allah if they were to continue to live together because of this love.

After 6 years, Abu Al Aas was traveling in a caravan from Makkah to Syria and his caravan was captured by the Muslims. He fled and sought refuge in Zaynab’s house. Zaynab (r.a)  then informs the Prophet (SAW) that she’s given freedom to Abu Al Aas.

Turning to his companions, the Prophet asked “Have you heard what I heard?” They all said, “Yes, messenger of Allah”. Indicating that he did not know that Abu Al Aas had fled to Zaynab’s house and that she had granted him protection. He didn’t want people to think that he was allowing a non believer to stay with his daughter or favoring her when verses had been revealed against it. He warned his daughter not to go near him. He said, “Don’t let him get near you, he is prohibited for you.” Zaynab (R.A) understood this and did not let her love for Abu Al Aas turn to an unlawful act.

After her husband observed the life of Madina, the people of Madina and the Prophet (SAW), it influenced and changed his heart. He left to Makkah to wrap up unfinished business and returned to Madinah back to his beloved Zaynab. He, like a gentleman announced that he became Muslim and asked for the hand of Zaynab in marriage. They were then re married and lived happily. Unfortunately though, a year after their marriage, Zaynab passed away.Abu Al Aas would cry so much that the people saw the Prophet himself crying and trying to calm him down. Abu Al Aas would say, “By Allah, I can’t stand life anymore without Zainab”. He died one year after Zaynab’s death. Such was their love for one another.

From these examples, we learn that the Prophet (SAW) as well as the companions understood this genuine feeling of love even before marriage provided that it did not translate into an unlawful practice. And when it started to become something unlawful as in the case of Abu Al Aas staying with Zaynab (R.A) when he was a non believer, then the Prophet (SAW) condemned and strictly forbade this.  (Stress and emphasis added) Those that were in love were not chastised or ridiculed for having these feelings by the Prophet (SAW) nor the Medinan society.