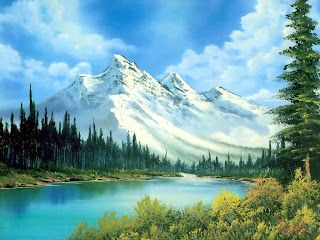 I would like you to go on a journey with me right now; a journey where we will imagine a scene. Imagine today, you open your facebook account, and you see 60 notifications and 10 inbox messages. And guess what, it is not just any message, it is messages from your favorite celebrity, whether it is Cristiano Ronaldo if you’re a football fan, Sumon of Aurthohin if you’re a music fan, John Abraham/Aishwarya Rai if your into Bollywood, maybe Tom Cruise/Angelina Jolie if your into Hollywood. I guess you understand what I mean. Just imagine someone who is a celebrity, one you always wanted to get to know, always craved to get a picture with, always wished for an autograph has just sent you a PRIVATE email, inbox message or text. How happy would you be? How pleased would you be?

How pleased would you be my brothers and sisters if you knew that your beloved celebrity now gives you a private meeting time every single day. Facebook status updates to profile pictures to maybe even articles on newspapers, we would do it all, feeling great honour and prestige at being able to be close and connected to this “great” celebrity. In fact if we found someone saying something bad about them or making jokes about we would vehemently defend them and stand up for them while in truth they do not mean anything to us in real life.

On the contrary, many a times when we see a notification or a wall post or an email that is talking of “Quran” or “Islam”, we immediately change screens, sometimes feel absolutely disheartened because we were expecting something “better”, and most probably put it in the trash, delete that tab and forget about it. Brothers and sisters, an important email has been rejected in our community, in our lives and it is not one of these “Quran” emails. It is the Quran itself.

We just mentioned how excited and elated we would be if someone in a “high” position would be contacting us, emailing us, what if we given a message, an email, a book for us, “The successive sending down of the Book is from Allah, The Ever-Mighty, The Ever-Knowing” [1] Imagine the One who created every single celebrity, every single nation and country, every single atom in this universe and then He is continuously sustaining it. And yet, He is not “busy” for us, but rather He is always there, and in fact the King of Kings has sent you a personal message subhan Allah! Allah has sent you a personal message only for you, and who is Allah? He is Al-Azeez (The Ever Mighty), Al Aleem (The Ever Knowing). Do we not love to be with people of power and have that honour? Then what if it is the One who is the honour of All Power, Prestige, Majesty and Honour?

In this world many a times, people of honour and prestige, of power and influence are haughty and rude, but here, “A successive sending down from The Entirely Merciful, The Especially Merciful” [2] He is the Owner of Mercy, the Most Merciful of those who show Mercy, and He is Entirely Merciful on the world and everything in it. His Mercy is manifest in every act of kindness and benefit we see around us. If you woke up this morning it is from His Mercy that you woke up. If you are breathing and your heart beating it is from His Mercy that it is happening. And He is also Especially Merciful, in the bare specifics. Imagine there are 6 billion people in the world and among them it is YOU who is reading this, it part of His Special Mercy for you that you have been given the opportunity to read this.

This is the Quran, the Book that has gathered dust on our shelves, the message that has long been forsaken, the Mercy that has long been considered “not so important right now”, and it can rightly be said, the email that has been deleted and trashed without any consideration for it. What if you sent a very personal email to someone you love dearly and they did not even bother? They simply deleted it just because they simply couldn’t “care” about it? Allah loves His slaves more than a mother loves her child [3], and is this our reply to His love?

Allah says about what effect this Quran would have if revealed on a mountain, “If We had sent down this Qur’an upon a mountain, indeed you would have seen it submissive, sundered apart out of apprehension of Allah”. [4] This doesn’t mean we take the Quran and put it on a rock. No, if the mountains had feelings, if the mountains understood the message of the Quran then it would have crumbled and crushed into dust out of the apprehension of Allah. And then Allah says in the same verse, “And these examples We present to the people that perhaps they will give thought.” These examples are given so that we might meditate, we might think over them. If the mountains would have crushed at the awe and reverence of Allah if it understood the Quran, then what mountain has crept up in our hearts, how large is it that it is not moved by Quran, it does not shed tears at the recitation and understanding of the Quran, and worst of all it feels no longing for the Quran at all. How hard have our hearts become?

Dhul Hijjah (or Dhil Hajj in some cultures) is around the corner. The first ten days of which are the best days of the year. Let us use these blessed days to move that mountain in our hearts, so that we may connect again with the Book of Allah and in turn connect with Allah Himself. Allah might be Most High and the Most Great, but He is also The Extremely Loving and the Most Merciful, so there is still time, let us turn back before we are turned back to Allah

“And when My slaves ask you concerning Me – indeed I am Near. I respond to the call of the caller when he calls upon Me. So let them respond to Me [by obedience] and believe in Me that they may be guided” [5]

[3] ‘Allaah is more merciful to His slaves than this woman is to her child.’ Reported by Al Bukhari and Muslim from the Prophet Muhammad peace be upon him

6 responses to “Moving that mountain”