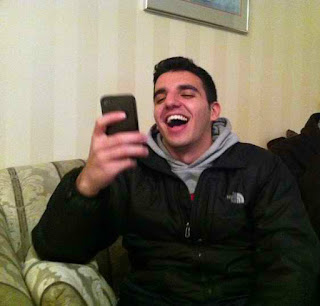 It’s hard to encapsulate a person’s life in a few words or even an entire page. It’s an impossible task to do so for my brother and best friend Omar Ahmad , for whom this entire article would fall short of doing him justice. Having spent a year in Islamic Foundation Hifz School together and all of years at CPSA (College Preparatory School of America) and Benedictine University, I can honestly say that I have never met anyone in my life that was so selfless like him. You know when you listen to khutbas and speeches, and the speaker cites the stories of the Sahaba at the time of the Hijrah (migration) when the Ansaar (people of Madina) gave up half of everything they had to the Muhajireen (those who migrated), that is the type of generous and selfless individual he was. It’s still hard to use the past tense to refer the person whom I would call 5 times a day. I remember that after our exams, if both of us didn’t do so well, he would not complain about his grades but make du’a for me and encourage me to get an ‘A’ in the class. As far as the things we liked to do included eating, sleeping, and hanging out. He was a big fan of food, and I remember for the two weeks before his passing he had a big craving for Biryani. Inshallah in Jannah Allah (SWT) will fulfill all of his wishes and desires.
We all have goals and aspirations in life, and we work hard to leave a legacy by which we can be remembered. Omar has a legacy which he has left with us. He was a walking example of the hadith by the Prophet (SAWS),
“The best amongst you is one who learns the Quran and teaches it”. (Sahih Al-Bukhari, Volume 6, Hadith 545)
That hadith can summarize the weekly schedule of Omar Ahmad. Whenever we were out for lunch after classes, he would constantly be worried about making it back to Islamic Foundation by 3:30 PM to teach the kids Quran. I was told that the day of his passing, when the children found out they were uncontrollably crying, so much so that some of them had to be taken home by their parents. I remember after Omar’s burial, a group of us returned to Islamic Foundation and there we saw what we like to call “the Omar Ahmad Factory”. Back by the stairs were 15-20 elementary school children reading Quran. Those were the children whom Omar taught 5 days a week, and it brought great comfort to my heart knowing that every letter of Quran that those children will read will directly benefit their former teacher.
There are countless other stories by various Hifz students at Islamic Foundation whom Omar encouraged and helped during their time memorizing the Quran. The past seven years that I spent with Omar I can never remember a time when he wasn’t smiling or laughing and I am sure there are many others who would testify to this. The hardest part for me to cope with was at the burial ceremony, when all the dirt had been poured to conceal the grave and people had begun to disperse. I couldn’t get myself to leave the friend whom I had never left before in my life. I mean we would never leave each other’s side, even if we were going to pick up food, or get one of our bag packs from the library, we always did everything together. The hardest thing to realize was that he was gone from our sight, but I know the memories of him will live in our hearts forever. I know that one day we will Insha Allah tell our kids the stories about the uncle Omar they had never met but Insha Allah one day we can all rejoice and celebrate in Jannah. For me, his passing brought reality into perspective. I realized that the only certificate that would be of any avail to him would be the one in his living room that read: “to Omar Ahmad for his Outstanding performance in memorization of the Holy Quran”.
Rasulullah (sallallahu alayhi wasallam) said:
“On the Day of Qiyaamah the Qur’aan will petition Allah to cloak the one who had recited it with garments of honour and respect. A crown of honour will then be placed on the head of the reciter. The Qur’aan will then petition Allah Ta’ala to shower His pleasure on the reciter. Allah will then become pleased with him. The reciter will then be asked to recite the Qur’aan, thereby attaining higher ranks of elevation. In reward for each aayat a virtue will accrue to him.(Tirmidhi)
Omar Ahmad passed away on 6th December 2010.
May Allah Subhana Wa Ta’ala grant him Jannat Al Firdous Ameen. Please remember him in your duas Insha Allah.
Experience submitted by Zubair Dave