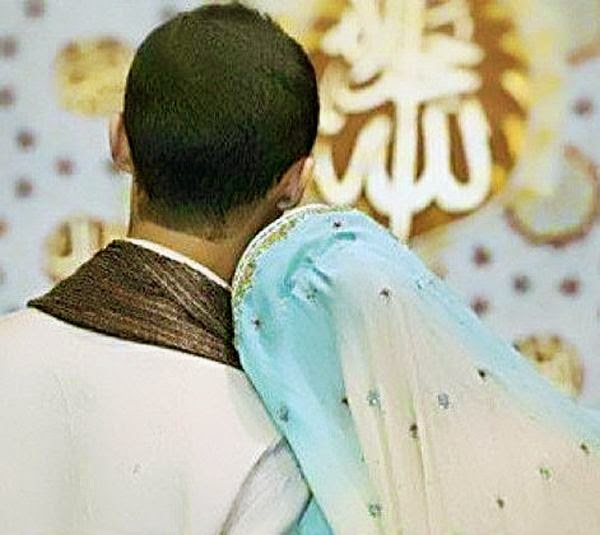 In this world, everyone dreams to live peacefully, smell the fresh fragrance of roses, be able to walk on this earth with contentment. If the marriages work in a beautiful way with love and mercy for one another, if a spouse could understand another – this world would be such a happy place.

Islam truly beautifies the relationship between husband and wife. Allah Swt has put love and mercy between the spouses. Allah Swt has given both men and women rights over each other. However many people don’t give the rights to their spouses. Many times we find Muslim women in our community facing abuse from their husbands. These women are treated harshly and looked down upon. One of the reason this happens is because some men are grown up in such atmosphere, they have seen it traditionally. That’s why we have to overcome these traditions with our beautiful deen and make them realize it’s a sin which they are answerable to Allah Swt.

Abusing one’s wife only makes the husband weaker not strong. Also this simply doesn’t get unpunished rather they have to face it on the day of Judgement.

Allah Swt says in the Quran:

In every prayer, we recite Surah al Fatihah in which we say to Allah, “Maliki yawmiddeen” (Master of the Day of Judgement). Every person both men and women will be given justice by Allah on that day. Therefore, if we love and fear Allah, we should give our spouse their rights and act according to the Sunnah of Prophet (Sall Allahu Alayhi Wa Sallam). Prophet (Sall Allahu Alayhi wa Sallam) is the greatest role model for us and he treated his wives in the best of manners.

“The believers who have perfect faith are those with the best character, and the best  of them are those who treat their women the best.” (Sunan At-Tirmidhee: 1162)

I believe that Muslim women have great strength and a lot of patience. I have lots of respect for them. I can’t imagine myself going through what they go through every day of their lives. Sometimes they will just cry alone and get back up as if nothing happened. May Allah Subhana wa Ta’ala reward them and grant them a beautiful house in Paradise Ameen!

I think Muslim women should give Dawah to their husband in such circumstances. Who knows maybe their husbands are unaware that they are committing a sin because of their bad behavior. This will also affect their children. I believe husband and wife should both remind each other of Allah. They should be able to complete each other.

I suggest sisters to try giving Dawah to their husband in a kind manner. Be patient when he doesn’t listen to you.

“And by the Mercy of Allah, you dealt with them gently. And had you been severe and harsh-hearted, they would have broken away from about you” [Al-‘Imran, 3:159]

There are so many ways of giving Dawah, you have to find a way that fits your situation. Use your wisdom, knowledge, strength and remember kindness is more effective than anything.

“Call to the way of your Lord with wisdom and kind way of speaking, and discuss with them in the best way.” [an-Nahl; 125]

Your love and mercy for your husband will definitely win him over. However keep in mind that your intention is to help him not to show off that you are better in religion than him. Be humble for the sake of Allah Subhana wa Ta’ala.

“No one is humble (for the sake of Allah) unless Allah raises him [in rank].” [Authentic hadith reported by Muslim in al-Sahih al-Jami’,book 19, page/number1599, narrated by Abu-Hurayrah]

1. Tell him know how you feel.

Let him know how you felt when he was rude to you. If your feelings were hurt, let it out in front of him instead of keeping it all in your heart. This will make him realize that he has done something wrong and he will apologize for it.

If your husband doesn’t listen to you then have someone else talk to him on your behalf. Someone he would usually listen to and would advise him in a kind manner. After everything has been tried, you should try to seek counsel with your local Imam, Scholar or a marriage counselor.

Always make du’a and never lose hope. Hold on to the rope of Allah Subhana wa Ta’ala and never lose your self-esteem. You are a muslimah and you have already been granted honor through Islam. Be patient and wake up for Tahajjud prayer. Remember Allah Swt listens to all our prayers and He is more closer to us than our jugular veins.

“And indeed We have created man, and We know whatever thoughts his inner self develops, and We are closer to him than (his) jugular vein.” (Quran 50:16).